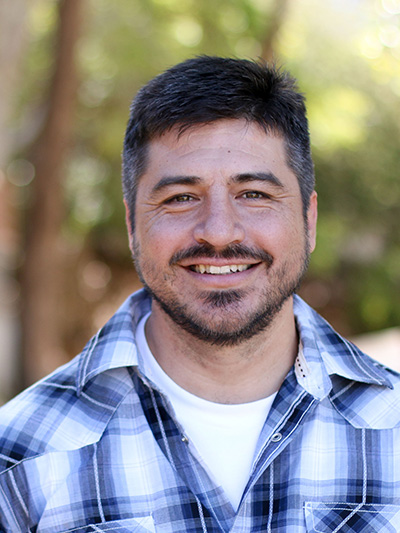 Ryan Alaniz continues to work with the United Nations as a collaborative researcher in the Institute of Environment and Human Security and MunichRE Foundation. In 2015 he received a $29,000 grant to hold a conference at Cal Poly in October titled “Disaster by Drought: Livelihood Resilience Under Conditions of Climate Uncertainty Summit.”

This past year he was also co-author of the article “Livelihood Resilience: Preparing for Sustainable Transformations in the Face of Climate Change” in the journal Nature Climate Change, and the chapter “Creating Community after Disaster: Norm Formation in Post-Hurricane Mitch Resettlements” in the book “Disasters’ Impact on Livelihood and Cultural Survival: Losses, Opportunities and Mitigation.”

He serves as a Mustang mentor for the Cal Poly basketball team, and taught multiple Honors classes in 2014-15, including Honors for Social Change (Honors 200) and Incarceration and Society (Sociology 400), which was taught with Cal Poly students and inmates at the San Luis Obispo County jail (see related story).

Most recently, Alaniz was nominated to be the lead author for the Intergovernmental Science-Policy Platform on Biodiversity and Ecosystem Services (IPBES) Multidisciplinary Expert Panel report. The report is intended to provide a mechanism recognized by both the scientific and policy communities to synthesize, review, assess and critically evaluate relevant information and knowledge generated worldwide by governments, academia, scientific organizations and non-governmental organizations, as well as by indigenous peoples and local communities. 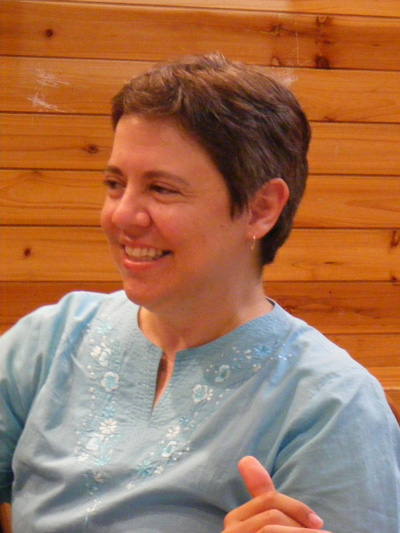 Maggie Bodemer, known to Cal Poly students as Dr. B, teaches Introduction to Cultural Anthropology (ANT 201) and encourages students to look at the world around them in new ways using a key method in anthropology: ethnography. During the 2014-15 academic year, Bodemer was a faculty fellow in the Threshold Concepts learning community through the Center for Teaching Learning & Technology where she worked closely with a group of faculty from different disciplines to identify and develop strategies for students to understand the “threshold concepts” of their disciplines. She developed a module to help students identify and analyze socially constructed ideas about race that are often taken for granted as truth but which social scientists work hard to untangle.

She also volunteered to serve on the USCP/Diversity Learning Outcomes Alignment Task Force for the Academic Senate for 2015-16.

This year she published the chapter “Fieldwork on Two Wheels or How I Learned to Stop Worrying and Enjoy the Ride” in “At Home and in the Field: Ethnographic Updates from Asia and the Pacific.” 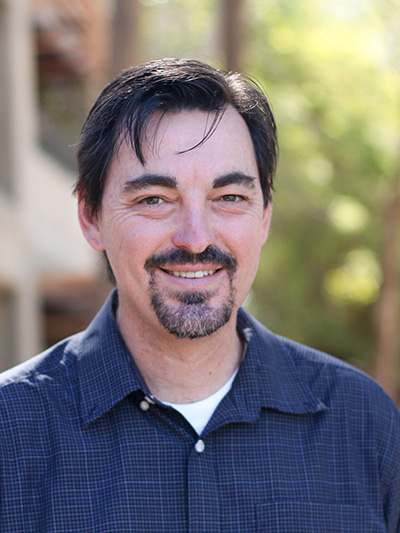 During 2014-15, Greg Bohr taught classes in physical geography, climatology and Geographic Information Systems (GIS). In April 2015, he presented the paper “Characteristics of Snowpack in the Sierra Nevada, Calif., from Snow Pillow Data,” at the annual meeting of the Association of American Geographers. This research explored trends in peak seasonal snowpack amounts and total cold season precipitation. In May, he presented another aspect of this research at the annual meeting of the California Geographical Society. This second presentation, “Extreme Snowfall Events in the Sierra Nevada, Calif.,” described the relative contribution of large individual snowfall events to the total seasonal snowpack. 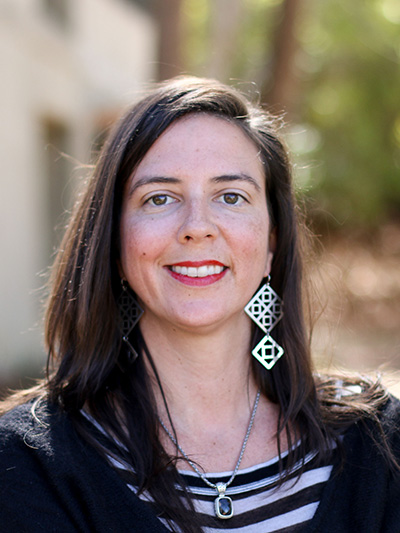 After joining the faculty in fall 2014, Coleen Carrigan, received a generous grant from the Cal Poly Provost’s Office and the CSU Chancellor’s Office to engage 176 of her cultural anthropology students in an ethnographic project titled “Advancing Cultural Change at Cal Poly: An Interdisciplinary Ethnography.” In the coming year, Carrigan will mentor three undergraduate research assistants in analyzing data and disseminating findings from this applied anthropological project.

In collaboration with her Science, Technology & Society (STS) Minors Program colleagues Dr. Laura Hosman (Political Science) and Dr. Jim Werner (Media Arts, Society and Technology), Carrigan received a $6,000 grant from the Cal Poly Center for Expressive Technologies (CET) for a project called “Digital Storytelling for Community Empowerment at Cal Poly and Beyond.” Additionally, Carrigan and Dawn Neill were awarded a $5,250 mini grant from the CET for ethnographic research on West Coast maker movements.

As a social sciences faculty member at Cal Poly, Carrigan has shared her research with audiences in Vienna, Austria, Seattle, Wash., and San Luis Obispo, including giving the invited keynote address at the Society of Women Engineers Sonora Region B Conference in February 2015. In August 2014 and October 2014, Carrigan was quoted in front-page articles on women’s experiences in high-tech cultures in USA Today and The Seattle Times. 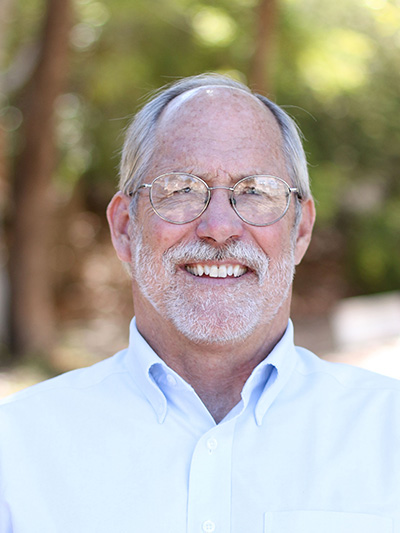 Department Chair Terry Jones organized and chaired the presidential forum at the Society for American Archaeology’s annual meeting in San Francisco in the spring. With colleague Mark Allen from Cal Poly Pomona, he published the edited volume “Re-examining a Pacified Past: Violence and Warfare among Hunter-Gatherers.” With former student Kacey Hadick, he published the chapter “Indigenous California” in the book “Ecosystems of California” and the chapter “Steinbeck Country Before Steinbeck” in the book “First Coastal Californians.” 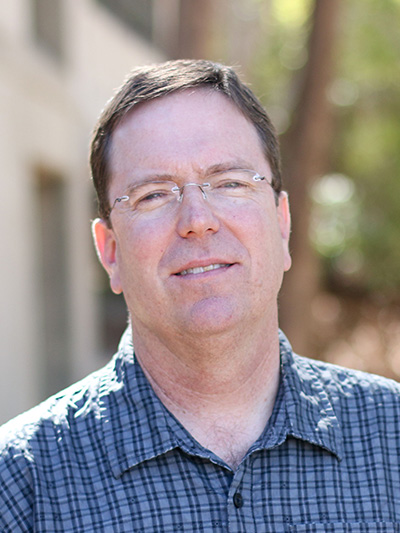 James Keese was on sabbatical during winter and spring 2015. He traveled to Peru with two student research assistants, including anthropology and geography major Alejandra Camacho, to complete a follow-up study on the improved cookstove project. Keese and the students presented the results at Humboldt State University in May at the annual conference of the California Geographical Society. They also submitted a co-authored article to the U.K.-based journal Development in Practice.

Keese is in the process of creating a new study abroad program in Mexico. In September, he traveled to the cities of San Miguel de Allende and Queretaro to conduct site visits in anticipation of a summer 2016 start date. The focus of the new program will be on Spanish language, Mexican culture and volunteering in Mexican schools. 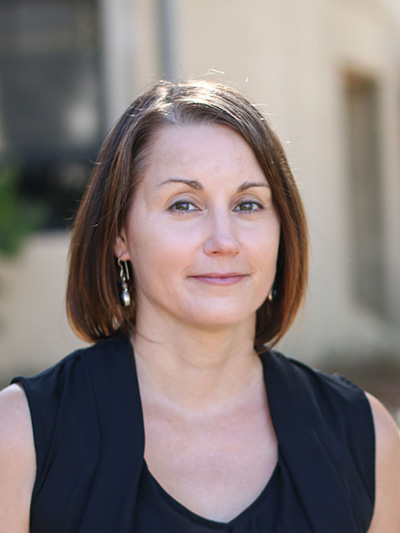 During the summer of 2014, Dawn Neill began a new phase of international research in Fiji, exploring nutrition transition in Fiji. The majority of Neill’s scholarship in 2014-15 was dedicated to mentoring student researchers involved with the project in data analysis and presentation. As a result, student Mikaela Vouras was awarded two undergraduate research awards. With generous support from the College of Liberal Arts, Neill was able to devote a majority of summer 2015 to working with students on peer-reviewed journal publications.

In collaboration with Dr. Marilyn Tseng (Kinesiology), Neill received a $5,000 seed grant from the Cal Poly Center for Solutions Through Research in Diet and Exercise (STRIDE) to finalize development of a project titled “Fast Food Foraging,” which explores diet choice among Cal Poly students on campus. Additionally, Neill and Coleen Carrigan were awarded a $5,250 mini grant from the Cal Poly Center for Expressive Technologies (CET) for exploratory research on a project tentatively titled “To Make is Human,” which will explore the meanings and motivations among the hackers, hobbyists and DIY-crafters engaged in the Portland and Seattle-area Maker Movements. During July 2015, Neill accompanied members of the Cal Poly Engineers Without Borders student club to a rural village in the North Indian state of Uttarakhanda to continue their work on a waste water treatment facility.

Johnston is a proponent of Cal Poly’s Learn by Doing teaching philosophy. Some of her class assignments have included having students volunteer to chaperone overnight at the homeless shelter for women and children; having students ride the bus to Social Services to pretend to apply for welfare; and having students obtain a job interview outfit for less than $30 and model it during an in-class fashion show.   Liz Johnston has taught in the Social Sciences Department at Cal Poly since the spring of 2010.  She teaches Methods of Social Work (SOC 413), Social Work and Social Welfare Institutions (SOC 301), Sociology of the Family (SOC 306), Sociology of the Life Cycle (SOC 326), and Social Problems (SOC 111).

She has worked as a medical social worker for many years and is well connected in the local social service community. She uses her connections to obtain interesting guest speakers for classes and also to help students find internships and develop senior projects.

For the past two summers, Johnston has taught master’s students in the MSW program at Smith College. Smith’s MSW program is composed of two, intensive five-week terms and is highly competitive. She teaches a course in Social Work with Older Adults at Smith.

William Preston team taught the Global Environment (UNIV 350), and in June he attended the Association of American Geographers Annual Conference held in Chicago. He is in his first year of the Faculty Early Retirement Program. 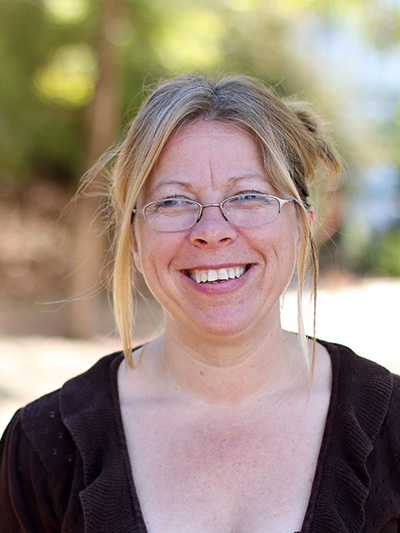 This spring Stacey Rucas hosted the ninth annual California Workshop on Evolutionary Social Sciences (C-Wess) for students and faculty from across eight California campuses. She published a peer-reviewed book chapter in “The Oxford Handbook on Women and Competition” using previously collected data from the Tsimane of Bolivia.

In winter quarter, Rucas served as advisor to a group of graduating seniors who organized and executed this year’s successful Extra Curricular Activities in the Social Sciences (ECOSS), an event that seeks to educate students on opportunities for jobs, volunteerships, study abroad and internships in the diverse fields of the social sciences.

To fulfill her commitment to international education, during the summer of 2014, Rucas served as resident director and instructor to IEP’s Thai Studies Program. She escorted 29 students throughout Thailand to explore and appreciate the cultural and geographic diversity of the region. 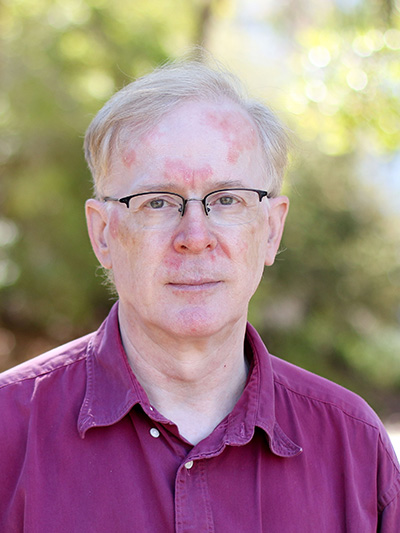 After joining the sociology faculty in fall 2014, Robert Schaeffer, published the chapter “The Worldwide Spread of Democracy” in the “Global Handbook of Quality of Life: Explorations of Well-Being of Nations and Continents.”

Benjamin Timms started the past year leading 34 students to Spain for the Cal Poly Global Programs where he focused his Global Geography course on the linkages between the Iberian Peninsula and the Americas. Back on campus, he developed a new course Geography of the Caribbean that he will begin teaching next year.

Timms serves as a member of the Board of Directors of the California Geographical Society. During their most recent conference, several Cal Poly students presented papers, including Mike Johnson who won the Geosciences Award for the best paper on physical geography. Timms also presented the paper “Bob Marley and Third World Development,” which received excellent audience feedback from the Humboldt State conference audience.

In the last year Timms also published the chapters “Slow Tourism at the Caribbean’s Geographical Margins” and “Physical Geography: Contemporary Human-Environment Relationships” in the book “Latin America and the Caribbean” and the article “Coping with Displacement: Adjustments to Rural Livelihoods following Relocation from Celaque National Park, Honduras” in the journal California Geography.

Finally, over the summer of 2015, Timms led 34 students to Thailand with Cal Poly Global Programs.