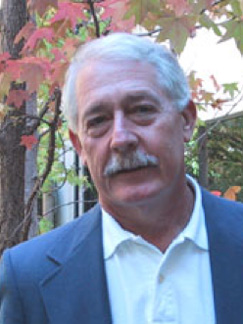 Harold R. Kerbo began his career in the Social Sciences Department in 1977. He served as chair for six years in the 1990s and again for three years in the early 2000s. In 1995 he founded the Thailand Studies Program, which has taken hundreds of Cal Poly students to study in Thailand and other Southeast Asian countries.

He received sociology degrees at Oklahoma University and his doctorate at Virginia Tech. He was a Fulbright professor in Japan, Thailand and Austria, and a visiting professor in Great Britain, Germany, Austria, Switzerland, Thailand and Japan. From 2006 to 2007, Kerbo was the recipient of an Abe Fellowship to conduct fieldwork on poverty and poverty programs in Thailand, Vietnam, Laos and Cambodia.

Kerbo recently finished the first book from this fieldwork titled, “The Persistence of Cambodian Poverty: From the Killing Fields to Today.” He has published 10 other books and numerous articles on the subjects of social stratification, comparative societies, and economic development and world poverty. His research papers have had more than 80,000 downloads worldwide from the Cal Poly Commons website. He is the author of an introductory sociology textbook, “Sociology: Social Structure and Social Conflict,” and of the nation’s leading textbook on social stratification, “Social Stratification and Inequality.”

Along with retired Cal Poly sociologist, John A. McKinstry, he is the author of “Who Rules Japan?: The Inner Circles of Economic and Political Power.” He has also co-authored the volumes, “Modern Germany,” with Professor Hermann Strasser at the University of Duisburg, Germany, and “Modern Thailand,” with Robert Slagter, both of which were published in 2000. Professor Kerbo is also the second author of the widely used text “Social Problems” now in its 10th edition. His book, “World Poverty: Global Inequality and the Modern World System” was published by McGraw-Hill in 2006.